The Legend of the Blue Moon

Do you all remember that old saying, "once in a blue moon?"  Well we officially had one last night.  A blue moon is when there are two full moons in one month. For us (Mystics) it is a few hours where everything becomes entirely different, some would say insane.  I remember seeing a vampire put his pants on his head and his shirt on his legs.  It was freaking hilarious! 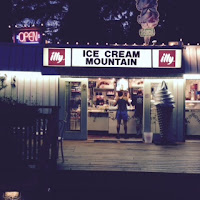 But that is what happens during this rare occurrence.  Our behaviour becomes erratic but it is not in a harmful way.  For one day our behaviour becomes a little uninhibited due to the changes in the moon and the tides.   I remember the last blue moon when I put on Angelica's (the angel) fancy gown and did a handstand.  I was trying to be a bellflower. 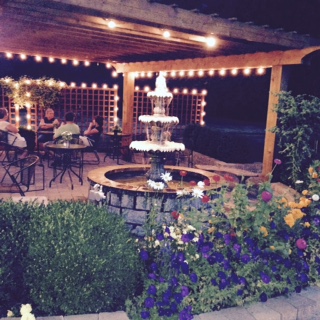 In the Earth Realm, it is more subtle than that. My behaviour didn't change but my circumstances did.  I had just arrived to Vancouver Island and I saw the moon was bright, beautiful and so blue. It was true proof that the mystical and magical can exist in this world.

We stop at is this whimsical little place off the road called "Ice Cream Mountain".  It's not really a mountain made of ice cream (I checked) but it is a romantic little spot worthy of first dates and moon magic.

I got a huge surprise when I saw that they have the same ice cream flavors in this place as they do in our favorite market town of Merkiva in the Nether Realm.  So, I decided to order a scoop of  "Moon Mist" and a scoop of "Rainbow Sherbert."  I had forgotten the flavor of Moon Mist but it was very yummy.  The Rainbow Sherbet was just as I remembered; bright and lively to the taste.  These ice creams are from a company called "Island Farms."  I am curious if they are from the Nether Realm because of the names of some of these ice cream flavors.  I'd like to meet them and find out. 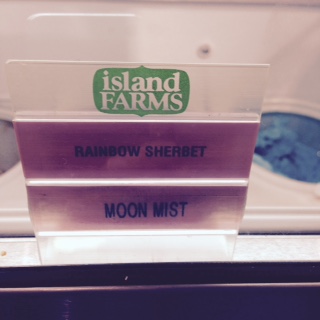 So there I am, enjoying my delicious moon-a-licious ice cream, admiring the view and appreciating the blue moon in a beautiful calm spot.  Come to think of it, not being wild and being serene is very unusual for me.  I guess that was my blue moon oddity.  Everyone has a weird night where the unexpected happens on a blue moon.  What happened on your blue moon last night?
Posted by Erika at 9:51 AM